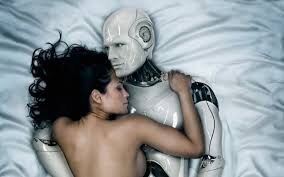 Technology’s worst effect is the disconnect of people from themselves and from each other. They seem to be  void of emotion as if they don’t really feel anymore.

I say this with a heavy heart… I catch myself talking about the good old days, the way people used to relate to each other, before smartphones, when you had to setup a time and a place to meet without any last minute cancelling messages, you just showed up. You had real, not digital relationships with people you came across, things got real and emotional, unlike most relationships in this facebook era. People are not really involved at all emotionally. All these social sites should connect people more but they do just the opposite.  This ‘desensitization of the young generation’, is a natural cause of the use of technology. How many people make eye contact with you when you’re walking down the street? Most have their eyes on their phones, as if what is there is more important than the world right in front of them. Its so bad that I’ve had to stop people from crossing the street without taking their eyes of their phones as they almost got hit by a incoming veicule. People in relationships breaking up with each other by text message? That really irks me. Its a bit tragic. I can only imagine that the way we are going there won’t  be much human interaction in the future, everything will be digital. I wouldn’t want to live in that kind of world, would you? A worldwhere nobody feels anything anymore, nothing is personal, the human touch is lost amongst the digital identities.

The way things are going it wouldn’t surprise me if we lost whats left of our humanity, the one thing that makes us unique. You take the emotion out of the equation and we will become robots. We won’t feel anything anymore. Life as we know it will change, and not for the better mind you. Then again I might be wrong and things might have a turn around then again who knows?

Only the present exists, the now. Let’s focus on it.

This site uses Akismet to reduce spam. Learn how your comment data is processed.